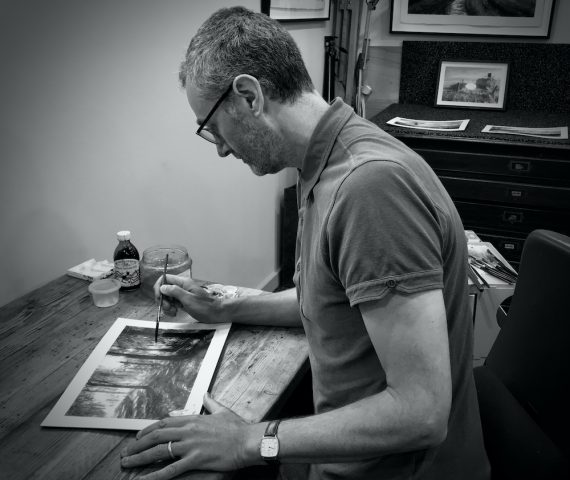 Gary Cook lives and works in Dorset. His work has shown with the Royal Institute of Painters in Water Colour (RI), The Arborealists, The Royal Society of British Artists and the RWA in Bristol. He is The Ecologist's Arts Editor and a member of the Society of Graphic Fine Arts where he was awarded 'Best in Show' at the SGFA Draw exhibition

He graduated from Bournemouth in 1987 and was made a fellow of the university in 1999. He is an environmental painter who explores our complicated relationship with and often detrimental impact on nature. The combination of naturalistic painting and narrative script that characterise his watercolours are a direct result of his background in the newspaper industry where he was an associate editor and the senior artist for The Sunday Times for 26 years, winning many international awards for his illustrations.

Paintings are available from